A Second a Day

“Nothing is ever really lost to us as long as we remember it.”
― L.M. Montgomery, The Story Girl

Shannon and I began taking a picture and posting it every single day starting on January 1, 2010. We posted our collective images here and wrote about it here.

I couldn’t stop.
And so I continued to take pictures and post them in my attempt to collect and keep my memories.

Then, sometime this April, I posted a link on Facebook to this video by James Bernal.

I was captivated by it, and proclaimed that I knew exactly what I was going to do next year instead of my 365 Project.

The comments under the Facebook post encouraged me to start now,
and to not wait until January 1.

I looked closer into the project and found the TED Talk and the originator of the idea behind the project. I watched Cesar Kuriyama’s audition video and decided right then to begin.

Kuriyama’s final project looked different than the original Bernal film I watched.
The first thing I noticed was the lack of background music.

Although I loved the “film score” of the Bernal film,
I wanted to preserve the sounds of my memories along with the images.

So, on May 3rd, I began collecting second-long clips of my life.
It has been different than my photos.
The film clips are more about experiences, than photography,
and as a result, more about the memory than the image.
The most difficult part was keeping it down to a second.
Some things just need more time to be remembered.
And that is very alright.
It is my project.
I did decide to continue the 365 photography project,
and to combine the two each day as separate experiences.

I was asked to offer a “preview” of my video with the month of May,
which is shared below.

I don’t know if I will “publish” my project each month separately,
or save it as an annual film.
Regardless, it has absolutely pushed me to do more, plan more, and look forward to each day a little more.

Shannon and I have presented this project in our most recent workshops,
and have suggested that this might be a wonderful way for teachers to preserve the memories of each year for themselves and for their students. They might even have their students decide which seconds are “film-worthy”. 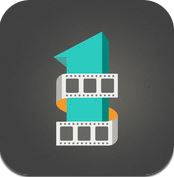 So with this post,
we encourage you to begin today and to take a second to save a memory,
whether it is one second, or more,
of this Father’s Day,
and to make a promise to make each day just a little more memorable.