On March 7, 2011, I shared “Taking the Shortcut”.
This week I was reminded of some other keystroke shortcuts that I use every single day. 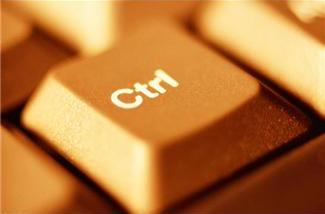 I shared these with a group of teachers this week,
and they agreed that these “tricks” were worth a “Sunday Morning Post”.

Stay warm and dry today.
We hope your day has a nap or a good book tucked somewhere inside it.

My typing teacher would stand in front of the classroom and call out the letters as we clicked away on our manual typewriters.

In unison we would “punch” the keys while making eye contact with him at all times.

So, when one of my students would stand next to me and ask me a question while I was typing, I would turn, listen, answer, and continue typing.

The usual response was,
“Wow! How do you do that?! That freaks me out!”

During the last few minutes of class, as we waited for the bell to ring, one of the favorite things they enjoyed doing was to see if I could “win the race”. A website use to exist where you could race against other random participants to type a famous quote. Your little car would move along with your WPM speed, and the pressure mounted as other contestants fought a hard battle to stay with you. Sometimes another contender (with a name you couldn’t pronounce) would win, but it was always fun when you finished in first place.

This also worked as a motivator for students to work hard in keyboarding, as in “Take It Seriously”.

Sit up straight.
Don’t look at your keyboard.
Put on your headphones to eliminate distractions,
and work to beat your best WPM time.

Dance Mat Typing is the program we used at school.
It is found on the BBC website and part of the BBC Schools Collection.

And the kids love it.
(You can hear them giggle as they work.)

Another program that is very simple and easy to use is TypeFu. 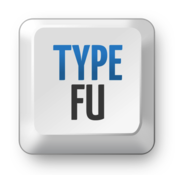 While not as entertaining, it speeds up the process and puts you into “training mode” right now. Charts and diagrams track your progress with WPM, accuracy, letters most often typed and most often mistyped.

It’s your choice of what you will type:
letters,
words,
proverbs,
quotations, etc.

You can repeat lessons, and move ahead as you wish.

You can focus on the “home row”, or even numbers.

(Numbers on a number pad: I am a rock star.
Not so much on the QWERTY keyboard.)

And remember…
One space between sentences!
Go HERE if you want to learn why.

After you have bumped up your WPM speed,
we recommend some “outside time” while the weekend is still here.
I know I am headed for the woods for a walk and some fresh air.
(Let’s not talk about the “Pumpkin Pie” that was added to my rumpus over the weekend.)

My fifth grade students come to me with little/no keyboarding skills.
Their paragraphs are indented with anywhere from one to twelve spaces.

And the fonts and colors… Yikes!

I give them a choice of three fonts and three colors.

Fonts from which they may choose are Arial, Calibri, or Century Gothic.

The colors they may choose are black, black, or black.

Once we have learned to use the “Tab” key to indent,
I teach them about the space between the period at the end of the sentence
and the capital letter at the beginning of the next sentence. 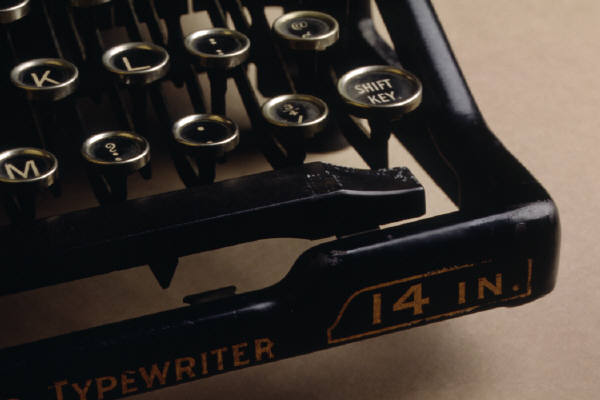 The stress here is:
ending punctuation and
capitalizing the first word of a new sentence!

In typing class, we were taught to type two spaces between the period and the next letter. Lately, I have been hearing otherwise and thought, before I “misteach” my students, I should do some research.

Everything I read said, “Yes…” to dropping the double-space and moving to single.

I was a reluctant reader, though, and wanted some rationale.
I felt like I was “selling out” just because someone decided it was the thing to do.

Then I stumbled upon a post on “Good Design” by Alissa Walker.

In her post, Alissa explains that today’s text editing programs take into account the width of each letter, and adjust the spaces accordingly. When we were typing with typewriters.. (and that IS my history…) the keys were each the same width, and there would be more space on each side of an “l” than an “m”. Thus, a double-space between sentences made the separation more clear.

Now it made sense to me. A logical reason is something I can accept.

So now I can teach my students, and explain why.

And it only took me a few years weeks to reteach myself to single-space.
The “carrot” was the extra time I would have to do something fun!

If you are on “Spring Break”, even if it is for just a few days, make sure you take time to have fun, too…

It doesn’t take long to learn some valuable “shortcuts” that will save you and your students time in the lab.

Basic to student instruction and use are the usual shortcuts keystrokes for:

We teach these to our students in the first week, and find they catch on quickly and grow to use these instead of the “Pull-down Menus”.

One more you can add to their/your repertoire is:

This allows the students to quickly open up another tab and to work side-by-side when researching and collaborating. By allowing them to use additional tabs open while on the internet, they can save the tabs on the bottom for files/folders they need to access on their computer.

With 30+ computers to shut down every evening, our students use another quick shortcut that gets the job done quickly.

Shortcut to shutting down computers:

Your lab has been shut down, and you can rest knowing your job is finished for the day.

If you are living in the State of Illinois, enjoy your Pulaski Day off, if your district observes it.

Shannon has to work today, but I am lucky enough to have the day off before I return to our first day of ISATs. If you were able to finish yours last week, enjoy your return to normal. We will start in with “Day 1” on Tuesday.

Regardless, have a great week!